The Wauquiez Forever Association wanted to pay tribute to a great Michel Malinovsky.

Michael passed away on June 20, 2010 after a long illness. Before being a great runner off the impressive list, Michel was above all a great friend of the family.

He has won the race to Dawn on a Centurion 32 and the week in La Rochelle crew of a Chance 37, not to mention the famous Route du Rhum in 1978 where he finished second behind only Mike Birch 98 seconds! He was also very close to sites Wauquiez and contributed to many technical advances.

If you go through the tip Pitre Marina Bas du Fort, you will surely be on the Quai Michel Malinovsky named after. 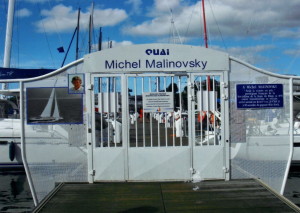 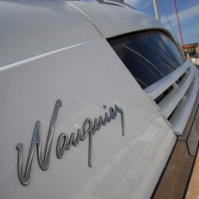